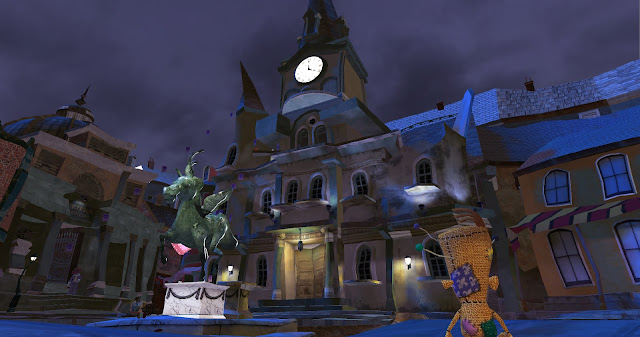 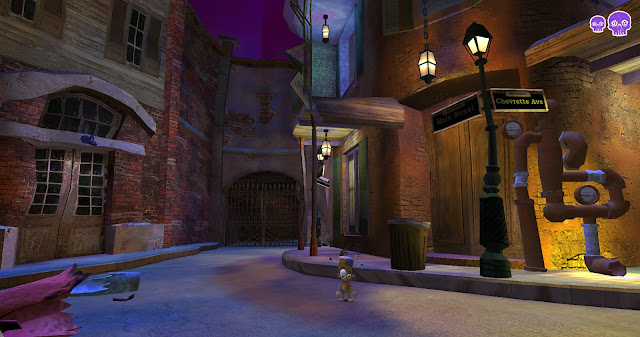 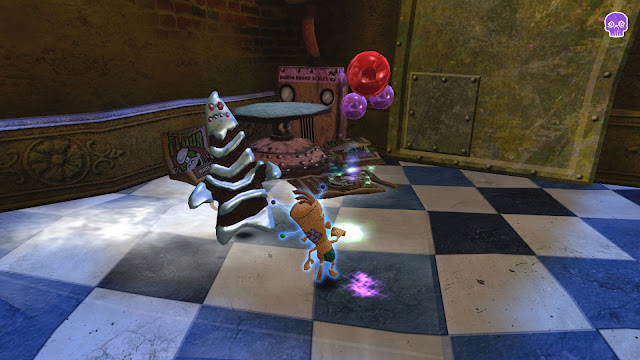 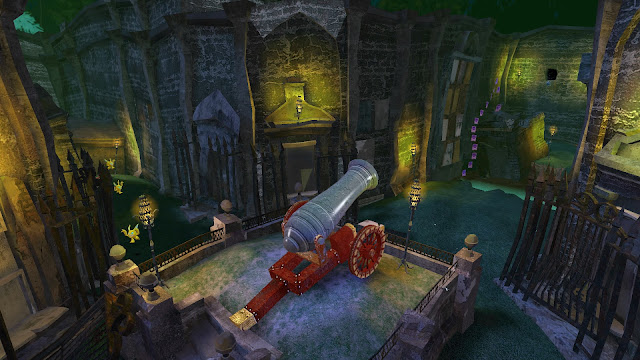 Here's some concept art of Vince's nemesis, culinary miscreant Crawdad Jimmy. Come to think of it, Jimmy's chef credentials were never verified. I really can't vouch for the quality of his gumbo. Artwork by the as-always awesome Doug Williams! 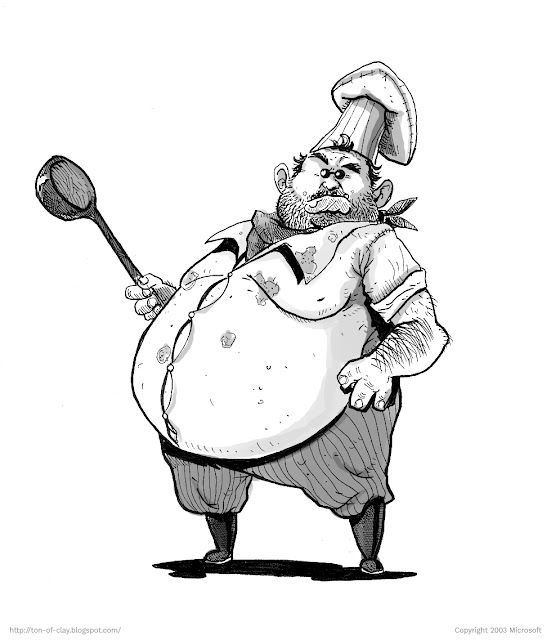 Posted by Clayton Kauzlaric No comments: 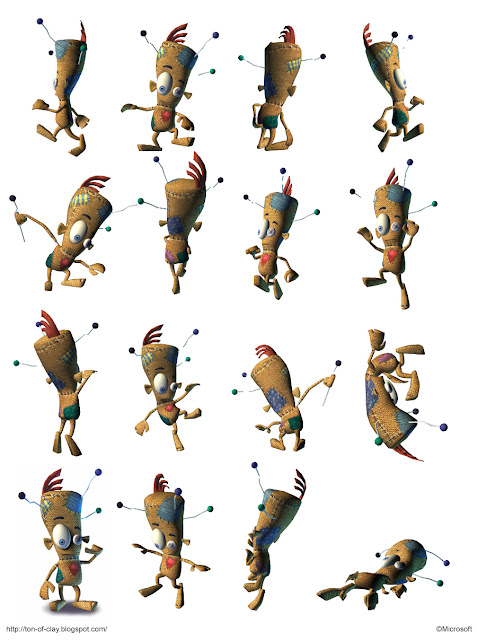 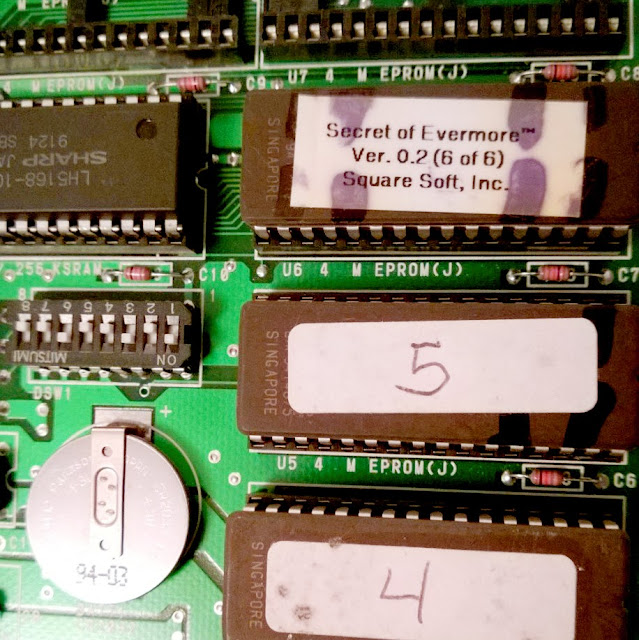 I ran across this during a recent move. It's an EPROM we used during the final test phase of Secret of Evermore in late 1995. This would be a near-final beta of the game. No, it doesn't contain any secret, hidden unreleased stuff. We were too busy furiously trimming tiles from levels in our attempt to fit on the cartridge to leave in anything remotely like that.
I'm tempted to boot it up for old time's sake, but I have my doubts about that battery. I should also review which direction the board faces when you plug it in: EPROMS can be plugged into a console from either direction (chips towards or away from the player). Finished retail cartridges prevented that but during production we had to be careful. Facing the wrong direction would wipe the whole works.

I've been pretty quiet about my work at Microsoft lately. And for good reason. We kept this under wraps until the big announcement back in January. Once again, I've been fortunate enough to work on some amazing, future-y stuff. Here's the announce video for Microsoft Hololens:

The Build event last week featured more information and some very cool demos. Here's a nice video highlighting some of the work that went into the hardware:

Posted by Clayton Kauzlaric No comments: 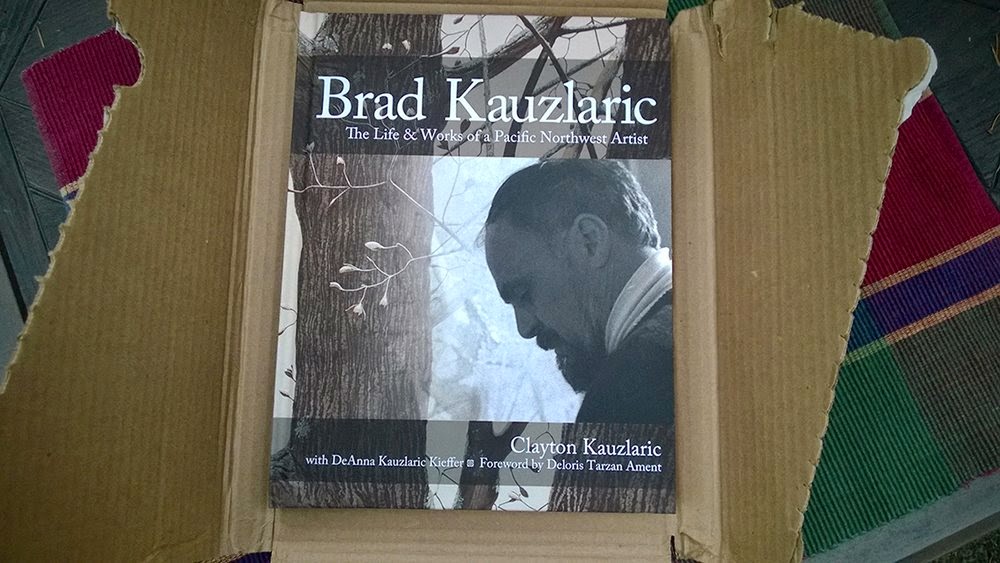 It looks like I'm officially an author now. After my dad, Brad Kauzlaric, passed away in 2007 I started making a visual record of his artwork. He was an artist for many years, but there weren't good quality images of most of his work. That naturally enough lead to compiling all the images in a book along with a biography, plus notes sketches and details about how he created and worked.
You can find it up on Amazon. I'll probably have a reception and signing wingding over in my home county soon.
CK

Is This Thing On?

Sooo... this blog was a complete wash for 2013 and most of 2014. Amazing. I can misplace a year or two in my couch cushions now and barely notice it. That's not surprising given my job, family and way too many side projects. Here's a quick update on some stuff I've been doing.

I'm keeping busy at Microsoft Studios. I work on an awesome team with some really talented people. 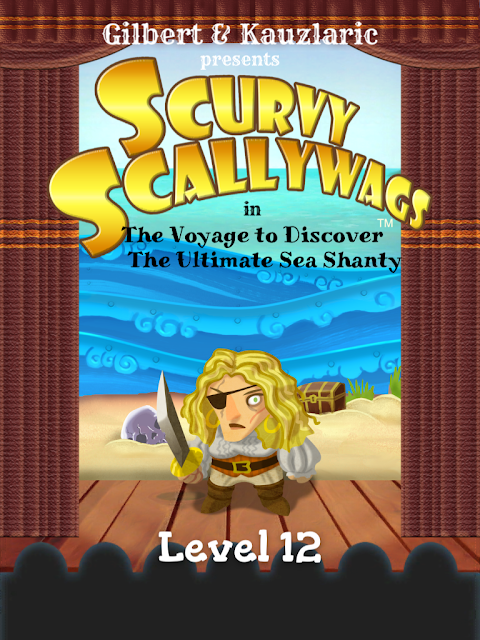 My indie/homebrew projects took a turn for the piratical in 2013 and 2014. Ron Gilbert and I got up to no good with Scurvy Scallywags in The Voyage to Discover The Ultimate Sea Shanty, a mobile game for iOS. The game builds on a mechanic Ron and explored with a previous puzzle game called Realms of Gold. The central idea is that you make matches of 3 or more pieces, but you do that to move a character around the game board to fight (or keep away from) monsters and collect treasure.
Here's the official trailer:

The game got some really good reviews and was almost worth the effort it took to create!

Save The Princess. Or Don't. 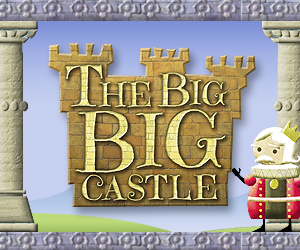 I work on games all day, and it's a blast. But sometimes I get the itch to try some random ideas and see what happens. This is where building stuff with my old pal Ron is a great outlet for all those random ideas rattling around my (our) head(s). We've made around ten games over the last billion years, and way more prototypes that went nowhere. The latest thing that went somewhere is The Big Big Castle. It's based on a concept I was pitching for Beep back in 2005. The game is a nifty little diversion for the iPad that lets you build insanely tall towers -- and knock them down.

This last part was added when my son was playing the game and was wondering why he couldn't destroy what he'd just built. So we added it, giving the kid his first credit on a game. Not bad for a nine year old. This is also my first foray into in-app purchase. It's pretty low key in The Big Big Castle. I hate it when you don't feel like you can do everything for free if you want to. TBBC also has a pretty neat way to share UGC (User Generated Content) where Game Center friends can see each others castles.

And blow them up, of course.

UPDATE: The Big Big Castle ran its course. We haven't gotten around to doing an update for the latest iOS versions, so the game only lives on in memory now.

I made a little Flash cartoon called "Voodoo Vince Prehistory" years ago during the production of Voodoo Vince. I wanted to show how Vince would have looked in the early 1930's, had he existed during the era of creepy rubber hose-armed animation. When I finished this piece I just dropped in a music track from the game -- a piece called Zombie Guidance Counselor by Steve Kirk. The eighteen people who bought the game may recall this as Steve's score for the selfsame level in the game. It's a great piece, but I always felt that the cartoon would have worked better with real sound design.

Nine years later, Steve Kirk and a band of fantastic musicians have done just that. Steve re-scored the cartoon and did some stellar sound design. It's almost, well, funny now. Or more disturbing. Either way, it's 1000% better. Enjoy! 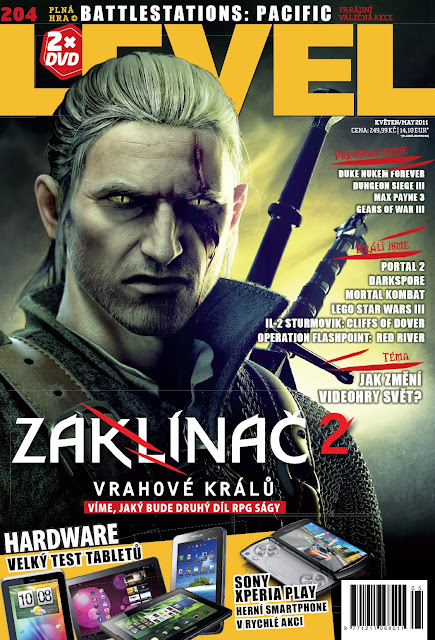 It makes me nervous when I do an interview for a publication in a distant land and the only word I can understand in the headline is "idiot." Fortunately, this refers to DeathSpank... At least it does this time. Pavel Dobrovsky wrote a nice Q&A for the May edition of LeveL, a gaming publication in the Czech Republic. The questions were mostly about DeathSpank, Voodoo Vince, my current misadventures at Microsoft and whether my name is fictional or not. Run out and get yours today! 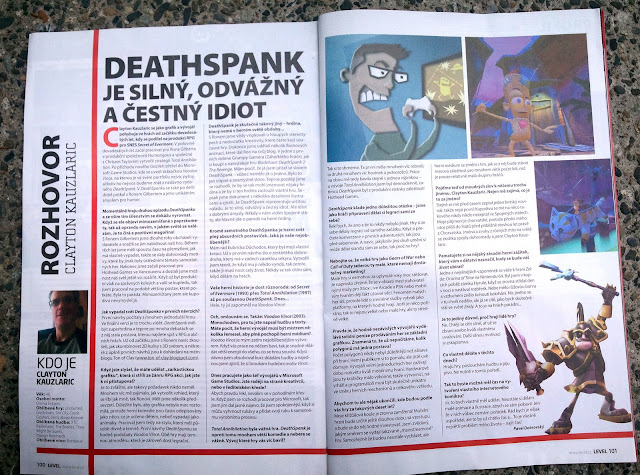 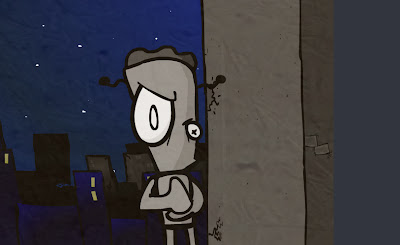 Today is Mardi Gras! It would be a shame to let the day go by without a Voodoo Vince-related post. Imagine my surprise and delight when I found this swell cartoon up on Newgrounds, set to some of the music from the game. It's an embedded Flash cartoon and you need to click past an ad, but it's worth checking out. I think Mr. Emanhattan (if that's his real name) did a bang-up job!
One correction, though. While he does credit the music from the Voodoo Vince soundtrack, he seems to have missed the fact that the music and lyrics for the Vince theme song are actually by me, not Steve Kirk (who did a superb job arranging the tune). It's an easy mistake, since Steve did compose virtually every other piece in the game's soundtrack.
Anyway, this made my day! Laissez les bons temps rouler!
CK
Posted by Clayton Kauzlaric 4 comments:

DeathSpank made the 20 Best Games of 2010 list over at Wired.com. Very cool! Seems like yesterday he was just a lump of modeling polymer, not to mention a pitch document that languished on the desk of publishers all over the world.

To celebrate, here are some random images, including some concept work for stuff that never made it into the game, and a screen mockup dating back to the very first concept document. 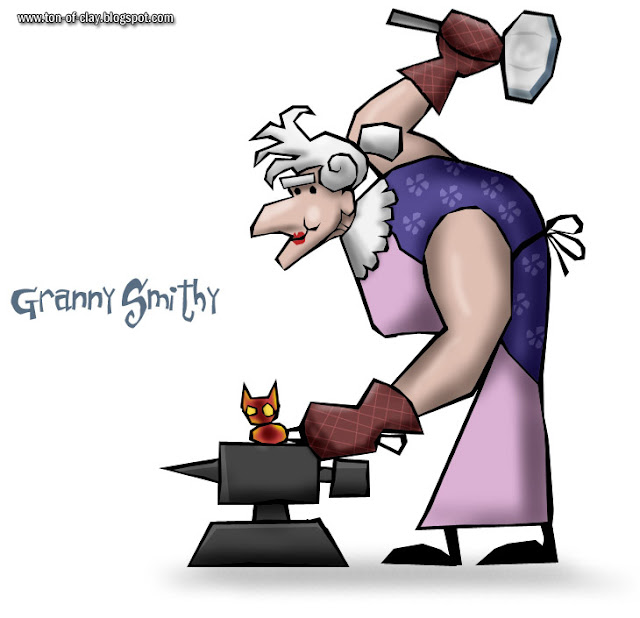 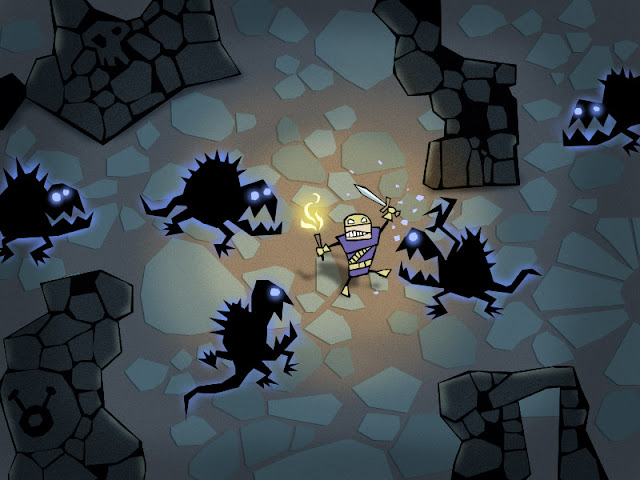